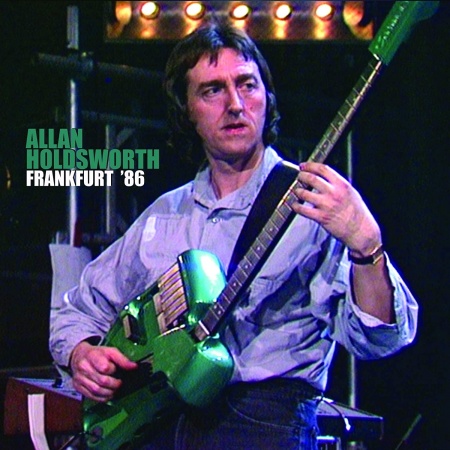 Preorders for the U.S. market are open on Amazon (US).

Here is a link to the UK site: WOWHD UK product page.

Select the country of your choice, and have the price quoted for you in the local currency. The price quoted includes shipping. Note that according to the website, items ship from a warehouse in Shepherdsville, KY, United States. They also state: "Please be prepared to pay the CUSTOMS DUTY, TAXES / VAT that your country charges."

The preceding is not an endorsement of any of the shops listed. Amazon is the shop that Manifesto links to on their website. Manifesto advises that WOWHD is a legitimate alternative. There may be other legitimate alternatives. Amazon.com may resume deliveries outside of the USA at a later date. The choice of vendor is entirely at the customer's discretion and responsibility. The Allan Holdsworth Information Center does not earn a commission from any of the links given. At the time of writing, the world is suffering the effects of a pandemic. We would like to point out that global deliveries might be delayed due to the situation.

Frankfurt '86 is an upcoming CD/DVD album of Allan's concert on February 16, 1986, at Kongresshalle in Frankfurt, Germany. The audio and video has been located from the original broadcast masters of Hessische Rundfunk, and the quality surpasses existing bootlegs to the extent that it's like watching the concert for the very first time, judging by the video previews that have been released:

The track list is identical to the one from the original broadcast:

The lineup for this concert features Gary Husband on drums, Jimmy Johnson on bass and Kei Akagi on keyboards.

This concert is unique in that it is the first known professionally shot concert performance of Allan playing the SynthAxe. This shows, as the system malfunctions on stage a couple times during the concert. Nevertheless, the performance is stellar.

Jimmy Johnson's comments on the album

In a recent post on the Alembic forum, Jimmy Johnson recounts his momeries of the gig. The post is in response to a preview trailer, so for the context, we include the clip here: https://vimeo.com/423496357. This is an excerpt of Jimmy’s post, the link to the full post is: http://club.alembic.com/index.php?topic=8041.1500

JJ: “This particular gig was at the Frankfurt Musikmesse in 1986. That's the EU equivalent of our NAMM show here in the States but actually a larger exposition. I don't remember the exact circumstances which brought Kei Akagi into the band on keyboards, but this was his first and only tour with the band. He did an excellent job of dealing with the music but never had the chance to get very comfortable with it. Furthermore, I'm sure Allan and I got together with him in LA for a couple rehearsals but it's possible he had not yet played with Gary Husband until the day of this show.”

JJ: “This was the very first gig of the tour - and likely funded our flight expenses to get to Europe. So we had flown in the day before, then spent almost all of this day jet-lagged and running around the Muskmesse collecting gear which had been offered from various manufacturers for use on the tour. But as I said, that convention is HUGE so picture us trying to find the Mesa Boogie booth (or whatever he was using at the time) on the floor of the show, then finding a handcart to wheel speaker cabinets the 2 miles to the venue, dealing with security to get the gear out of the building, etc... I have the feeling we had to chase down a drum kit that same way. That took all day leaving us precious little time for a soundcheck or a much needed rehearsal with the full band.”

JJ: “So we had done what we could to get set up with the borrowed gear and get the monitors working so we could hear each other. We understood that we were contractually obligated to let the "festival" be recorded for a one-time tv broadcast. What we had NOT anticipated was that as soon as we started playing, 2 or 3 handheld cameramen and their cable wrangling assistants were running back and forth on stage basically in our faces. To the point where they were stepping on our pedals! Complete disregard for us trying to concentrate on the music. It was one of those situations where you needed to completely close your eyes and not see what was happening around you. But then my chorus effect would suddenly turn on. HA!!”

JJ: “And as you can see in that keyframe, Allan had brought his SynthAxe on this trip. That's an amazing midi-controller device which Allan used to its fullest extent. He wrote and played some beautiful music with that machine. But it's a very complicated and very fragile "computer peripheral" which was not built for the road and did not travel well. This very clip demonstrates that problem well. It's the moment in the song "Atavachron" when we've come to Allan's solo ... and the SynthAxe fails. The guy calling cameras doesn't know what's happening so he just focuses on Kei who is playing the background chord sequence while I'm in the background watching Allan scramble to reboot the SynthAxe and get the correct solo sound up. Which he does for only the final few bars of the fixed-length solo. (And he plays some appropriately angry notes!)”

JJ: “That was about as close as we got to a complete musical train-wreck on this gig. The only thing worse would have been if he could not have revived the controller and we would have had to stop mid-tune.”

Some technical notes on the video production by producer Greg Beaton

Greg Beaton has offered a peek into the video remastering process here: https://vimeo.com/434449790

"Here's a comparison of the original archived video & sound delivered from WDR in Germany with the remastered version released on Manifesto Records.

The video was already converted from PAL to NTSC before this comparison. The remastered audio is louder than the original audio, so take that into account when comparing the two.

GB: "...with the limited budget and inability to make new cuts (add edits) on many of the transitions (because of frame rate conversion) and treat every shot separately, I felt the best choice was to globally expose for everyone’s skin (and Allan’s fretboard) and allow the highs to blow out. I kept going back and forth and I just felt it was a better compromise to portray their faces and instruments as natural - not that I feel like what I did was drastically better than the original, since it does fall short in lots of situations, but I felt that while the original was technically legal for broadcast tv, that namely their faces and Allan’s guitar were “in the dark.” I’m guessing it was a combination of not-so-great lighting and the camera technology you highlighted leaving us with a less-than-stellar luminance curve. I tried to bring only the mids up, but had to blow out the highs to keep any kind of normal contrast ratio. This of course left me with overexposed white piano keys and cymbals, but I felt like I was choosing the lesser of 2 evils, since the artists are the subjects we care most about. I also went back and forth with the black levels / setup, but ended up feeling bumping it up slightly to reveal a bit of information that was falling off too quickly to shadow was worth the compromise of noise. No noise reduction was employed. Dangerous D-Box & Focal Solo 6 Be’s used for audio monitoring; video was simply referenced to taste between a consumer Dell LED and Plasma monitor. I believe my card is a Radeon 580."